His spirit is much admired by fans but it is always like a nightmare to play against Hans-Kristian Solberg Vittinghus. Eager, pumped, energized, with a feisty “never say die” attitude and superb athleticism, the Danish fighter, once ranked as high as world no.8, is well-praised for his commitment to the game and remarkable work ethic that has supported his longevity in the top league. When it comes to the art of “diving saves”, Vittinghus is surely the master of all.

“It’s about loving what you do, about seeing everything as a blessing. You don’t do thing by half. One should always put in 100% effort,” Vittinghus says. “That is what I believe and why I leave absolutely everything on the court every time, in every match I play,” he adds, “I show everyone that I enjoy what I do, and I really have fun playing on court.” For Vittinghus, there is a pure sense of self-fulfillment to be able to do what he loves, make his country proud, and at the same time be inspiration to others.

Vittinghus was part of the team a whopping five times in Denmark’s European Men’s Team Championships triumphs. From being the young blood on the team, to now a respectable veteran, Vittinghus remains as humble as a kid could be. “I share my experiences but also learn from talented young players. They put pressure and push my limits every day,” Vittinghus says. “Danish badminton isn’t quite as huge as it is in countries like Korea, Malaysia, China, or Japan, so there aren’t as many players. In order to compete with them, we move as a strong unity - we help each other to improve and perform at higher level.”

“At the age of 32, I may train less intensive but in smarter way –with higher quality and different focus-to stay in the best physical condition,” says Vittinghus, who thinks the general intensity level in Denmark’s training regimes isn’t as high as in other teams, but they are more “personalized and efficient”, which is why people often see their players enjoy a better longevity. 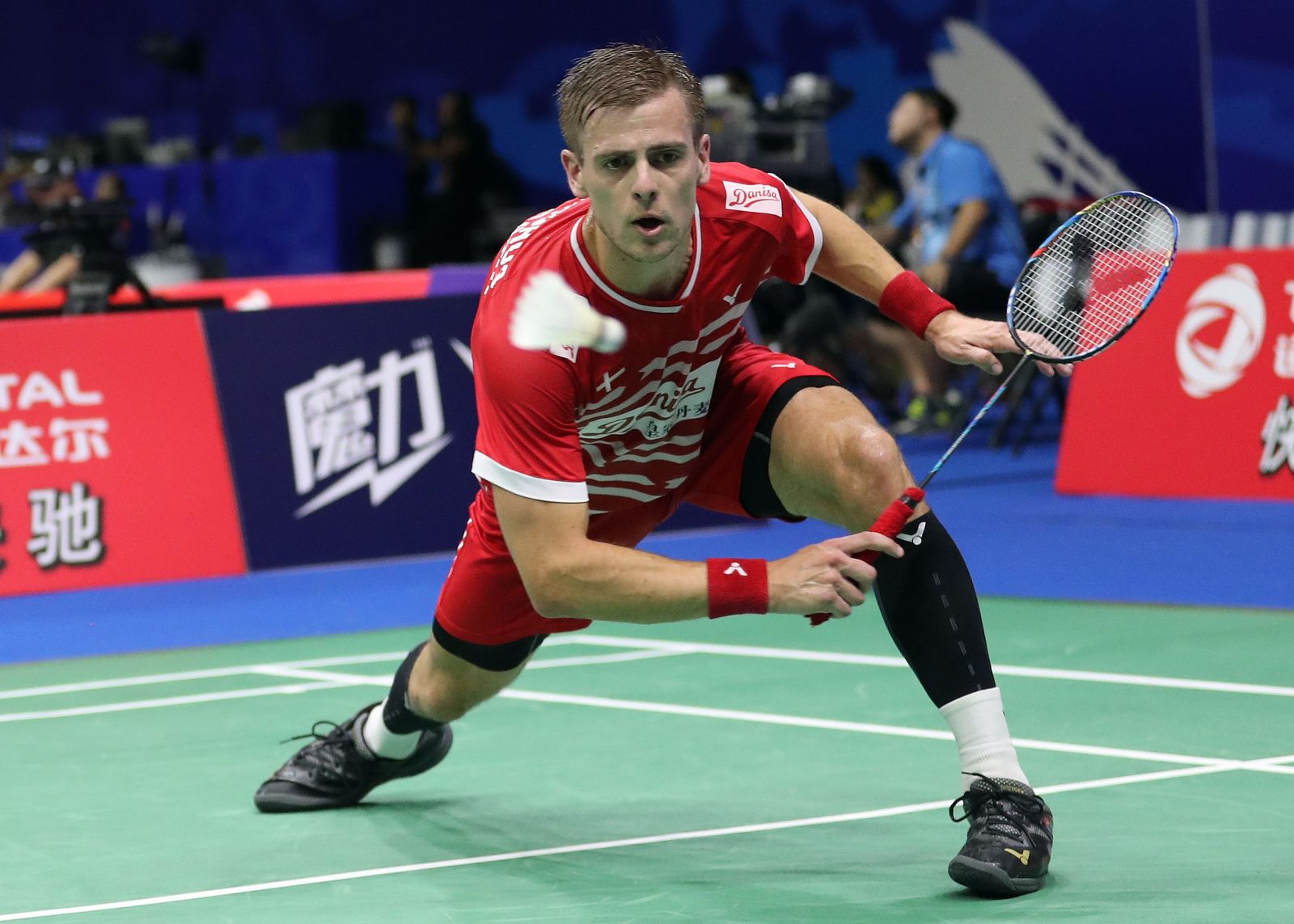 “There are still many years ahead of me. I like where I am at right now than say, two years ago, both technically and mentally, but I still feel like there are many aspects of the game I can work on and improve.“ He mentions that there are many players who are into the last chapters of their career but are playing as strong as ever. That’s also a reason push him ahead toward competition.

“I’m still developing into a better me, despite the age.” Vittinghus says. “I want to play for as longer as I feel I can be a better player and I enjoy this sport.”

The catharsis was almost too good to be true when Vittinghus lifted his first Superseries title at Australian Open two years ago, the same year he helped his team to get their maiden Thomas Cup victory by winning the deciding rubber in the finale. To be more accurate, Vittinghus was undefeated in the knock-out stage.

“Just like every player, winning big events is still my dream,” Vittinghus says. “It’s addictive. It drives you forward. It is what makes me wake up in the morning, want to go on the court and try to become better.” He believes that as long as he works harder and keeps the eager to make progress, the results will follow. 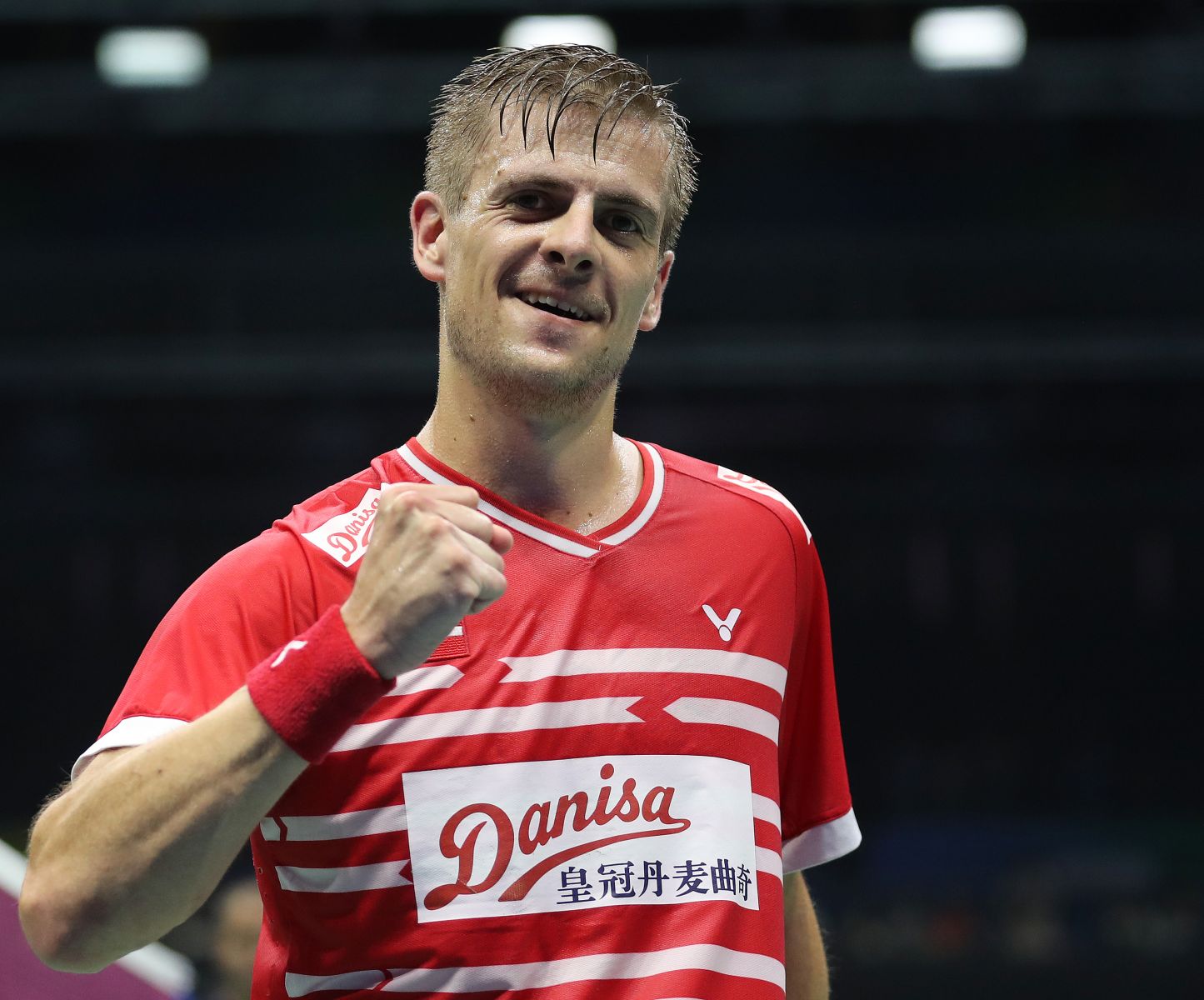 Apart from his desire to “train to become better”, there is another “sweet burden” in life, his beautiful wife and a baby son who came to the world at the start of this year. “If there is one thing that is more important than badminton, it would be my family for sure. There are times that I’m really down when I don’t play well, but when I come home and see them, the hard feelings are gone in a second. They love me for who I am, not because of how well I play. This kind of support gives a great sense of security and happiness while I chase my dream as a professional athlete.”

Professional athlete, an identity his wife is also known for.

At the World Championships this year, his dressage-riding wife couldn’t be with Vittinghus and cheer for him; instead, she was thousands of miles away in the Netherlands to compete in a dressage major event. The strong competitive nature they both have complements their relationship, as they hope to prove that marriage doesn’t mean sacrifice of any one person, and that both in it can still go for what they’re passionate about and support each other. “I think so far we find a very good solution,” he adds.

“As we also want to show our boy that his mom and dad are brave about what they want. If he has passion and enjoys doing something, he should always go for his dream!” Always content, but never satisfied. The man who just keeps on giving his everything deep from his heart, but keeps on getting more.