Beauty, glamour, and a fierce competitiveness on the court. Goh Liu Ying, the 2016 mixed doubles silver medalist in the Rio Olympic Games, has her unique and refreshing presence reflected in her nickname “Malaysia’s badminton goddess”. But people don’t always understand the sacrifice she had to make.

A knee surgery four years ago, and a shoulder surgery last year. Twice the pain, twice the risk … and twice the belief. “I believe I still have a lot more in me.”

Almost everyone around was on the opposite side of her on the idea of a knee surgery. But no one knew better than herself that she was not going to fulfill her dream to make the Olympic podium carrying these heavy knees. “There is a chance I might never be as good, but if I don’t embrace the risk and give it a shot, I will never be better. Good is not enough to win me an Olympic medal. I have to be at my very best.” After missing almost a full season while rehabilitating, Goh and her playing partner Chan Peng Soon couldn’t even have a place in the higher-tier events. The former no.3 duo slowly crawled back into form, finally earning an Olympic spot which they thoroughly deserved. Against all the odds, the Malaysians smashed their way to clinch a historic silver at the sport’s highest stage.

After reaching the top of her dream, Goh suffered a vertiginous slump, as an aggravating shoulder pain haunted. The Commonwealth Games and the Asian Games loomed. Goh decided to walk into the operating room again. “I knew it will be super tough. But I was eager to get back to the court, to get back to my top level. I wanted to win,” Goh says. “The pain of surgery, and the pain of regret. I chose the first.”

It was almost like “memory loss” of body when Goh returned to the practice court. “What used to be pure instinct now requires a great deal of effort.” Fortunately, Goh has the support of long-term partner Chan to draw on.

It’s going to be ten years since Goh and Chan first teamed up. There have been both fond and sour memories. “Mixed doubles wasn’t really seen as highly as it is nowadays,” Goh says. “We trained really hard, encouraging each other, that one day people will see the hard work we put in, and that mixed doubles can be so fun and exciting as well.”

With the attention comes the expectation, but Goh takes it lightly. “I think it’s a good thing. Good players should be able to perform under pressure. It’s definitely not as easy as it’s said, but it’s a path we must go through, steady but surely.” 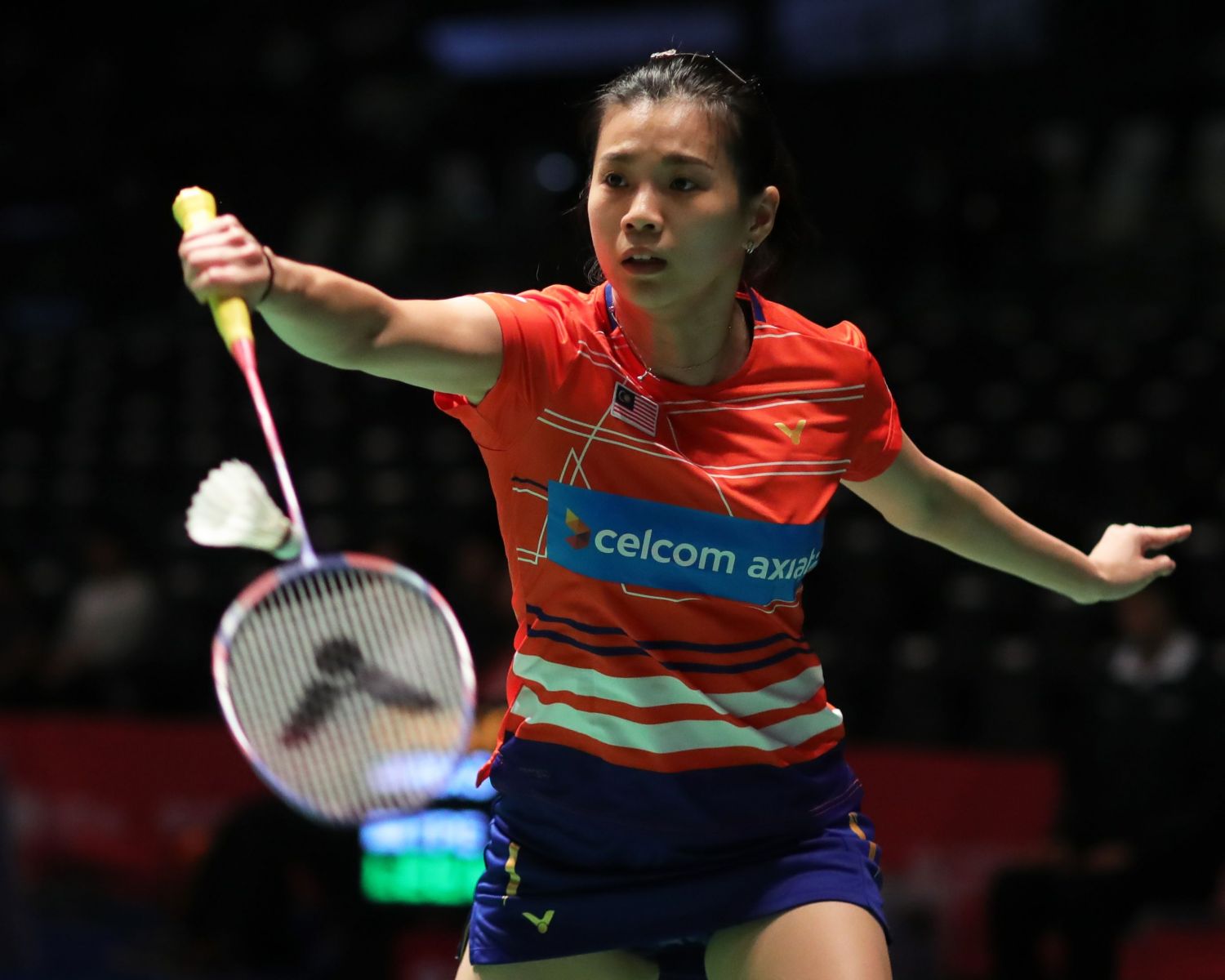 One might think it’s hard to believe the always well-groomed, articulate, and charming “Malaysia’s badminton goddess” was once timid and shy. Born with a strong competitiveness, she kept herself busy with plenty of off-court activities. Modeling, acting, music-recording , book-writing, all these experience to go in front of people developed a innate mental toughness she needs when she faces strong opposition on the badminton court. “I used to kind of drop my head when playing stronger opponents. Doing those off-court stuff, to me, is a therapy, a mentality training, which helps me to be more confident in myself on big occasions.”

Now the weight is gone, but the hunger remains. Having been through ups and downs, rises and falls, Goh’s philosophy persists, “action speaks louder than words.” Thriving in adversity, as she has proved again and again, Goh is optimistic about her comeback. “I’ll fight my way back to the elite,” says Goh. 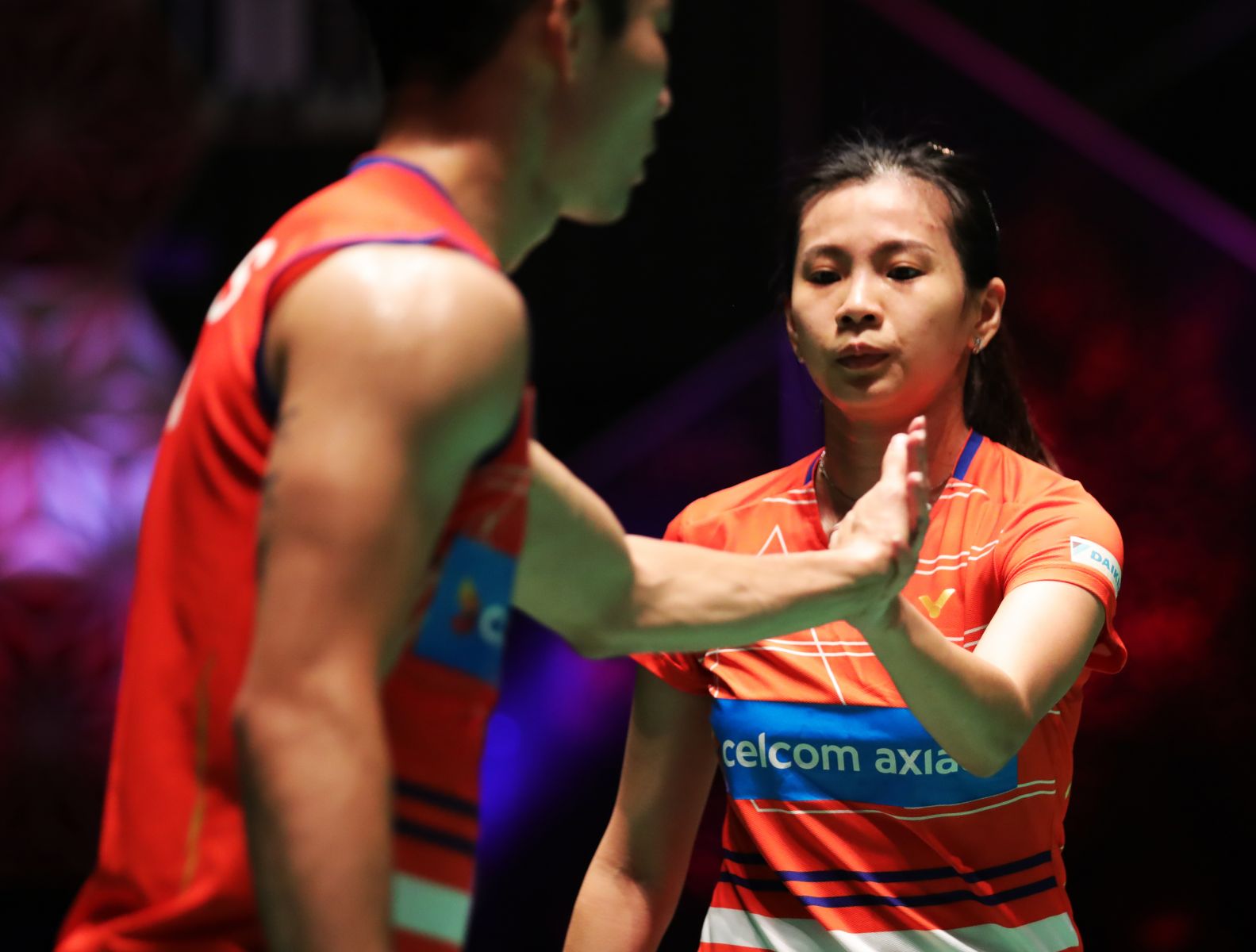 Malaysian badminton recently sees many young, up-and-coming talents emerging onto the sport’s highest stages. Goh offered some encouragement, “talent only accounts for 10% on how great you will become, discipline and perseverance share the rest of 90%.”

As one of the first members of the Malaysian Badminton Mixed Doubles Team and the first female shuttler to earn an Olympic silver medal in Malaysian badminton history, Goh feels like she has still a lot more to give. “I’ve received so much and I feel like it’s a responsibility to give back what I have, that is to play well and make my country proud, to reciprocate the love,” Goh says. She dreams to open a badminton academy where young players and especially girls can advance their career and fulfill their ambitions.

“My heart will beat for this sport forever,” Goh says. “Even if I cannot win matches anymore, I don’t think I’ll be able to pull away from the sport. Badminton made me who I am, and I believe it will continue to inspire me like nothing else.”